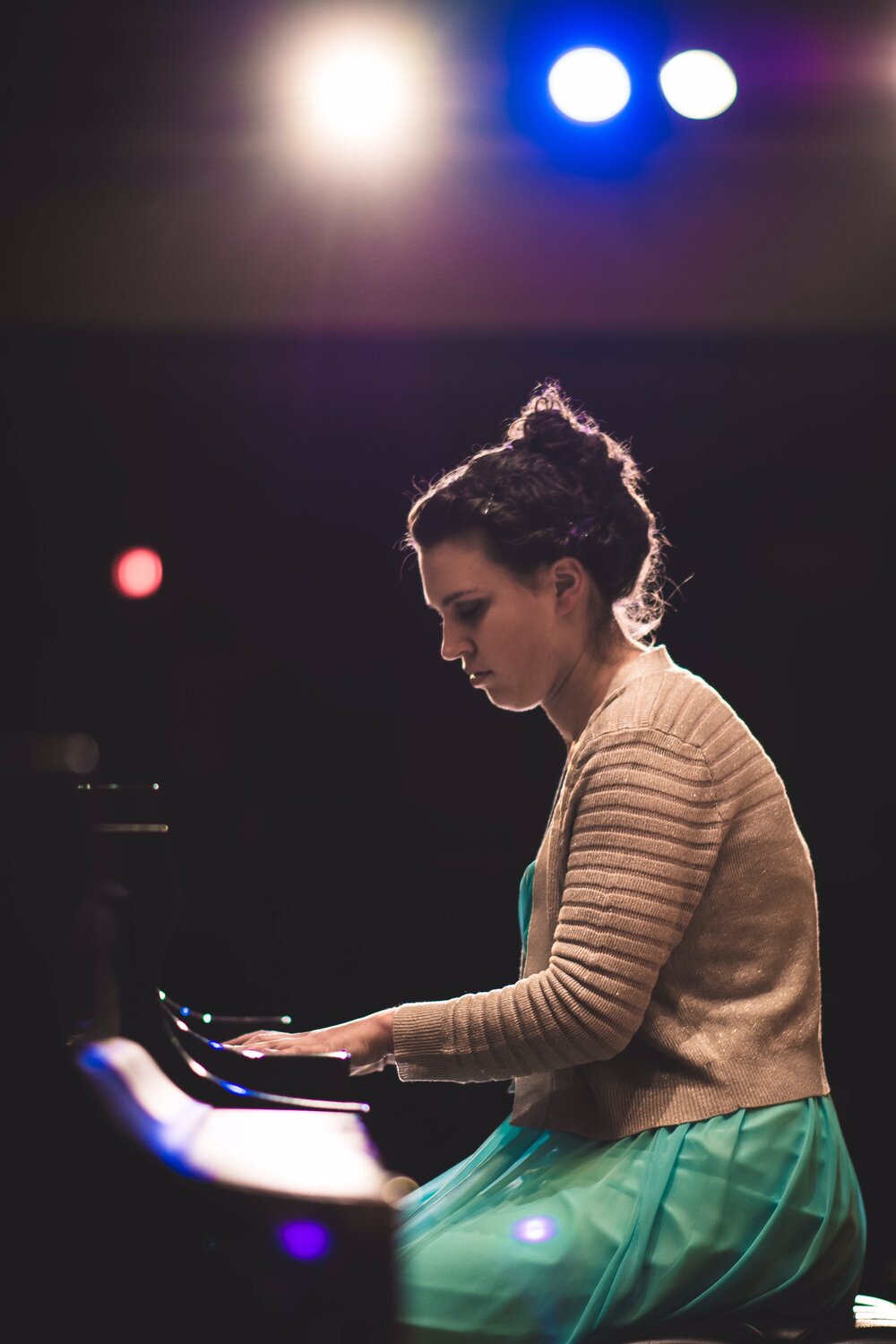 Mikea LaPierre was born in Dallas, Texas and raised in southwest Michigan.  She discovered a passion for music in her early teen years, and began to teach herself piano, guitar, composing, and songwriting.

Mikea earned a Bachelor’s degree in Music from Eastern Michigan University, studying piano with Dr. Joel Schoenhals.  While at Eastern, Mikea performed extensively with several ensembles, including EMU Women’s Choir and EMU jazz combos, and worked both as a piano accompanist for other instrumentalists and as a solo pianist.  She frequently performed original songs for piano and voice at coffee shops, restaurants, and other venues.  Her most notable performance was her senior degree recital, in which she performed memorized pieces by Liszt, Chopin, and Rachmaninoff, a 4-movement ragtime duet by Bolcom, and an original composition.

Mikea loves working with people of all ages and skill levels.  She has two years of experience working in early childhood classrooms and has also taught private lessons to adults.  She is currently freelancing and teaching music in the Dallas area. Mikea works with piano students at all levels as well as beginner guitar students.