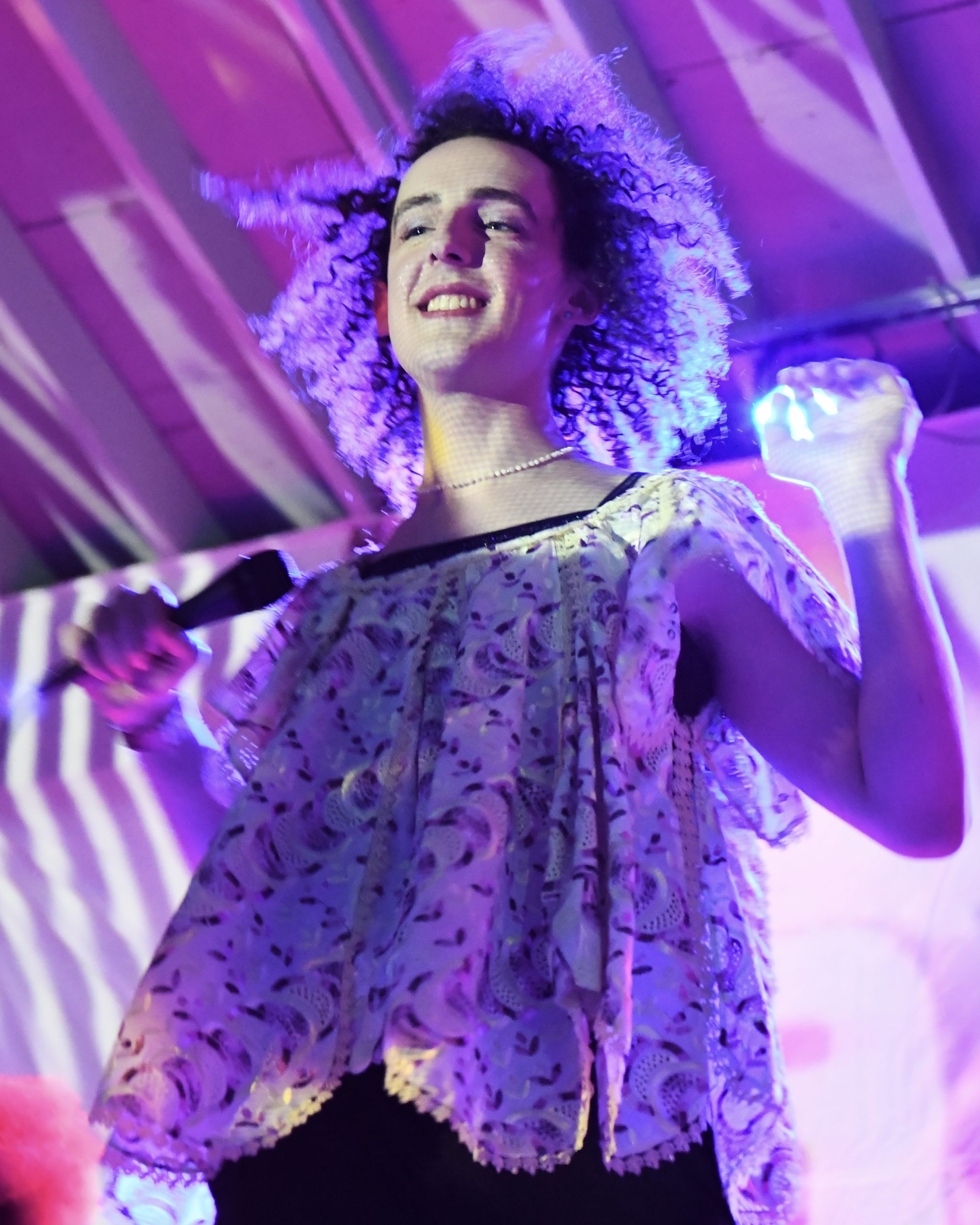 Ava W Boehme (they/she) is a multi-instrumentalist, composer, writer, music educator  and visual artist from Dallas, Texas. Their primary outlet is the music & video  entity/ensemble, Starfruit, of which they are the director, front person and sole  composer. Starfruit has been nominated for multiple local music awards, including “Best  Pop Act” and “Best New Act” in the Dallas Observer Music Awards, and “Best  Experimental Act” in the Central Track Music Honors.

Ava received their first drum set from their grandparents at age 5. They began studying  formally at age 9 and soon fell in love with performing. Their obsession with generating  rhythm through drums was soon supplemented with piano and voice studies. At age 15,  Ava began playing guitar and turned their focus to songwriting and composition. Since  then, Ava’s passion has centered around imagining sounds and visions, and cultivating  those ideas into reality with other musicians and artists. In addition to composing and  performing music, Ava also has a passion for sharing music through DJ’ing and has had  a radio show on KUZU in Denton since 2019. Ava also works with video, collage, and  other visual mediums.

Ava studied in the music cluster at Booker T. Washington High School For The  Performing and Visual Arts and performed in many of the school’s ensembles, including  the Midi Ensemble, which won a Downbeat Student Music Award for “Outstanding  Performance” in 2013 with Ava as the auxiliary percussionist. After graduating from  Booker T. Washington, Ava studied Audio Production at The Art Institute of Dallas,  where they received their Bachelor of Science. Ava began their early education at White  Rock Montessori School, where they attended from pre-school through eighth grade.  This Montessori education helped shape a foundation for Ava’s teaching style.

Ava has been teaching music privately for over ten years. They have worked with  students of all ages in private lessons on drums, guitar, bass, piano, as well as  songwriting and composition. Ava also works with students in group settings and enjoys  facilitating student collaborations. Ava strives to collaborate with students to cultivate educational experiences which honor each student’s particular passions and  personality. Ava believes that everyone is born with natural creativity, and the job of a  music teacher is to help students develop musical language and skills through which to  channel that creativity.